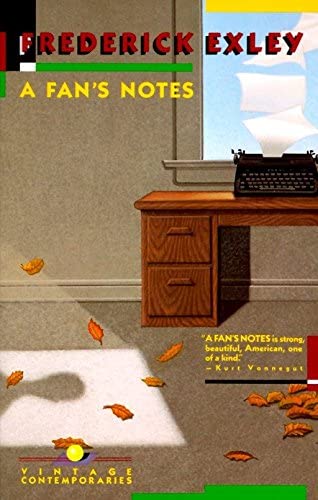 There is nothing more tedious than a sports injury.

I have been limping because of a sports injury. (I hurt my back during power yoga).  And I have been thinking about sports and sports injuries in literature. The male protagonists tend to watch sports rather than play them, so their injuries are mental rather than physical.

Richard Ford's The Sportswriter (1986), the first volume in the stunning Frank Bascombe tetralogy, is an American classic, not necessarily for sports fans.  Frank, a former fiction writer, accepted a job as a sportswriter, because he has become indifferent to writing fiction.  He wants desperately to live on the surface, to feel nothing, since his oldest son died, and he and his wife, X, a golfer and voracious reader, are divorced and unhappy.  X must keep it together and raise their two younger children, while Frank sets out to be the most superficial man in the world.

For instance, he takes his girlfriend, a nubile young nurse, Vicki, to Detroit, which she pronounces DEE-troit.  Frank seems to regard Vicki as a pet, which she figures out eventually.  Frank is too cheap to pay for the weekend, so he arranges to interview  Herb Wallagher, a paraplegic ex-ball player in Detroit.  But Herb is so bitter that Frank's interview will prove unusable.  And we can't really blame Frank or Herb.

"Do you ever miss athletics?"

Herb stares at me reproachfully.  "You're an asshole, Frank, you know that?"

"That's what I'm doing here, Herb.  I'd like to get to know you and write a good story about you.  Paint you as you are.  Because I think that's pretty interesting and complex in itself."

"You're just an asshole, yep, and you're not going to get any inspiration out of me.  I dropped all that.  I don't have to do for anybody, and that means you.  Especially you, you asshole.  I don't play ball anymore."

Frank's attitude towards sportswriting is not completely dissimilar to Herb's attitude toward sports.  But there will be no joy in the interview for Frank.  In the next volume of the tetralogy, Independence Day, Frank is in real estate.

Frederick Exley’s A Fan’s Notes, a fictional memoir published in 1968,  is not only a famous sports novel, but an early example of autofiction.  The narrator, Exley, an alcoholic, is anxious before Giants games. His personal life is also anxious: he is in and out of mental hospitals, sometimes sponges off his parents, and occasionally lives at a bachelor friend’s apartment.

His obsession with sports is maniacal. His father was a local high-school and college football star. And then Exley went to USC with Frank Gifford, who became a player for the Giants.   Exley never knew Gifford, but partly identifies with him, partly hates him.

When Exley lands a teaching job at a high school, we hope he'll prosper. But he is disturbed by the limitations and ignorance of the English faculty.  One of the teachers tells him not to talk during meetings:  it takes up too much  time.  Exley pities the  chair of the department, who talks into a void.

Unsure of our ability to read (our ability to talk hadn’t encouraged him), he read each and every item [on a mimeographed sheet] to us….  Matchlessly vapid, the items were such that I remember only one of them, and that only because to this day I have no notion what he meant by it:  The best place to make out your lesson plans is at your desk.

So it's no wonder that Frank drives every weekend to another town to sit in the bar, drink too much, and watch the Giants games.

This novel is unflaggingly male, teeming with beer, gin, football, TV, depression, hospitalizations, and bachelor’s pads. The obsession with a sport he'll never play seems to be part of Exley's mental illness.

You have to read past  Exley's sexist attitudes, because this is an American classic.

We need a revival of Exley's work.  A Fan's Notes is the first of a trilogy. Perhaps a Library of America edition?

"Sports" novels are not just for sports fans.