Weekend Reading: "French Braid," Tension," & "But Soft: We Are Observed"

I plan to read something appropriately light this weekend to celebrate spring.  Perhaps you're digging your garden, or putting a few pots of flowers on the stoop, but either way gardening is thirsty work, and you might reward yourself with a book, too.  You can pair iced tea with Anne Tyler's masterpiece, French Braid, hot tea with E. M. Delafield's fraught novel, Tension, and  a 1920s cocktail with Hilaire Belloc's absurd farce, But Soft:  We Are Observed. 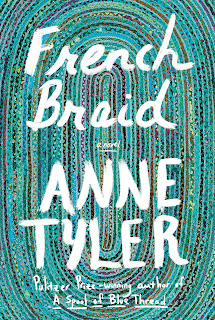 1.  French Braid by Anne Tyler.  Anne Tyler's beloved novels, set in a whimsical version of Baltimore, focus on characters who, for one reason or another, are slightly off-center.  Sometimes the characters are unaware of their eccentricities, though their lives shift slightly during the course of the novel.  My favorite is The Accidental Tourist, the story of Macon Leary, a travel writer who paradoxically doesn't like to travel.

Tyler's new novel,  French Braid, is a tour de force, a brilliant study of family awkwardness.   It takes us from the Garrett family's summer vacation in 1959 to the beginning of the pandemic in 2020.

Every sentence is exquisitely crafted as Tyler captures the family's inability to be close - best exemplified by the retreat of the gentle matriarch, Mercy Garrett, a loving mother of three children and the thoughtful wife of Robin,  owner of a plumbing supply store. After the children leave, Mercy moves into her art studio a few blocks away without ever formally leaving Robin. In her art, Mercy tries to discover the essence of different houses, focusing on tiny details that others may not think important.  Mercy needs space to breathe and be herself - and an incident during a summer vacation in 1959 is at the root of the family's problems. 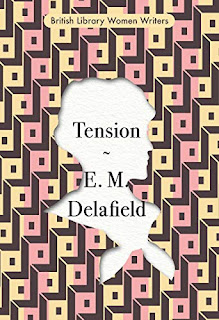 2.  Tension by E. M. Delafield.  We all love E. M. Delafield's Diary of a Provincial Lady (1930), a novel in the form of a housewife's witty diary entries,  which was originally published as a series of columns in Time and Tide.  Delafield's other novels are generally disappointing, but I was riveted by Tension (1920), a study of character assassination.

Lady Edna Rossiter, a snob and busybody, sets out to destroy the reputation of Miss Marchrose, the vibrant, popular new superintendent of at a secretarial college. The only woman on the board of the the secretarial college, Edna is used to being the center of attention, and deeply resents Miss Marchrose, whose office the men now visit for tea after board meetings.  Edna  starts a  smear campaign by spreading a rumor that distorts an incident in Miss Marchrose's past.  Delafield brutally depicts the damage of this cruel gossip.  Delafield's writing is uneven, but the plot will keep you reading.  You will be horrified but transfixed. 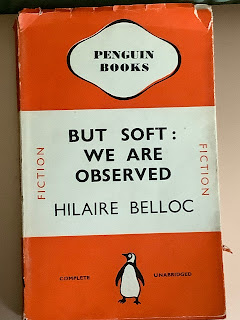 3.  But Soft:  We Are Observed, by Hilaire Belloc.  Published in 1928 and set in 1979, this silly farce begins with a British spy's mistake, which results in a comedy of errors.  A naive young man is mistaken for a criminal mastermind who controls a large deposit of Eremin, a rare substance that is now necessary for powering trains, etc.  Parts of this are very funny, but it is not the lost classic I had hoped to find!  In other words, it is not quite funny enough. But it is very light! 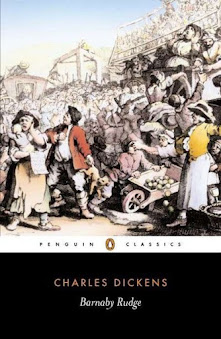