It's Memorial Day Weekend!  And lest I forget, let me remind you that Memorial Day used to honor all the dead, not just the military.  Doctors, nurses, housewives, factory workers, construction workers, teachers, professors, writers, administrative assistants, bookstore clerks - any person once alive, of any or no profession.  My husband and I grew up in different parts of the country and heard nary a peep about the military.  We accompanied our parents to visit the graves of their grandparents, aunts, uncles, and friends.

Memorial Day is also the unofficial beginning of summer.

And here are three books I recommend for holiday reading -  great, but very different, reads. 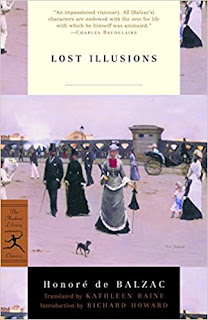 Balzac's Grand Illusions.  This magnificent novel, which centers on Lucien Chardon, a gorgeous young man and a talented poet,  traces his fall from grace - which involves bankrupting his family so he can live the high life in Paris. Balzac's vivid portraits of dozens of characters, and the detailed description of the history of printing and the corrupt power of journalism, make this an incredibly fast, absorbing read. 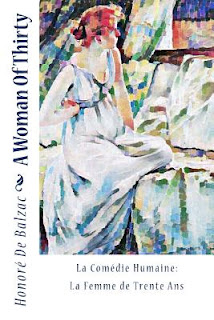 Balzac's A Woman of Thirty.  Romantic love ruins Julie d'Aiglemont, a beautiful young woman who, despite her father's warnings, marries the first man whom she falls in love with, Colonel Victor d'Aiglemont. Julie and Victor prove to be sexually incompatible, and she does what she can to avoid his caresses.  - She becomes a nervous, semi-invalid, while Victor takes a mistress. Determined to retain her status as his wife, Julie attends salons and parties, dazzles at parties and dresses exquisitely, sings enchantingly, and exchanges witty repartee with the most brilliant men.  Victor is proud of her, because she is a social star.

But then, miraculously, she falls in love with an Englishman,  Lord Grenville, who is her match in every way.  But, as in so many 19th-century novels, adulterous women do not thrive - Lord Grenville dies a peculiarly ridiculous death, leaving her grieving and guilty.  At thirty, a more sophisticated Julie falls in love again - but this more sophisticated love also ends in tragedy, from which her daughter, Helene, never recovers. Balzac wanders here and there and scrambles a bit in the second half of the book,  but continues to debunk romantic love, as he portrays its stages in flux. Unlike Anna Karenina and Madame Bovary, Julie survives:  Balzac does not employ the 19th-century formula, "the-sexually-active-woman must die. No, but Julie is devastated by her cruel losses. 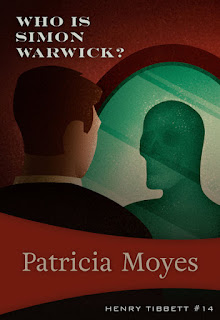 Who Is Simon Warwick? is one of my favorite mysteries by Patricia Moyes.  Published in 1978, it has a modern twist that will surprise you (as well as your Congressmen, Senators, state politicians, governors, and the Supreme Court, to whom you may or may not send your underlined pages). Inspector Henry  Tibbits of Scotland Yard must investigate the murder of Simon Warwick - one of two Simon Warwick wannabes who have answered an ad and claimed to be the heir of a millionaire uncle. But which is the read Simon? And why does one of the Simons die?  This is a breathtaking whodunit, and, naturally, Henry's wife Emmy, who knows quite a lot about detecting,  gets into the act.  A brilliant crime classic, surely one of the best cozies of the 1970s.

Email ThisBlogThis!Share to TwitterShare to FacebookShare to Pinterest
Labels: A Woman of Thirty, Balzac, Grand Illusions, Patricia Moyes, Who Is Simon Warwick?