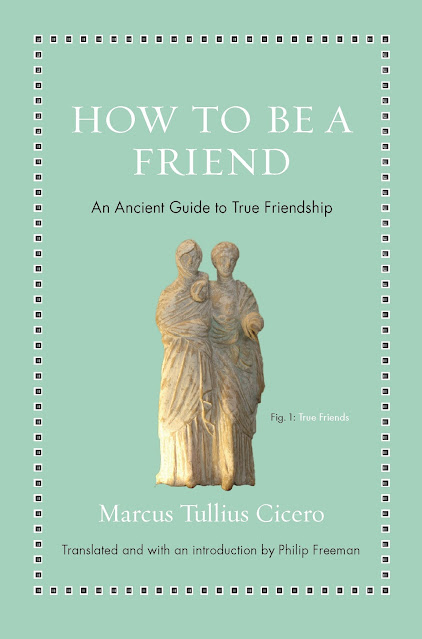 "You're lucky if you have one friend."  - A relative

Years ago when my mother was in the hospital, one of her  friends came to visit.  Like my mother, she was very old.  Even though it was winter, she wore cropped pants and a short-sleeved shirt.  Both women suffered a certain confusion that may well have been the result of the many, many meds that keep people alive.

It was somebody's idea before a routine surgery that my mother should have extreme unction.   And so a priest was called in to anoint her with oil, which she fastidiously wiped off with Kleenex as soon as he left the room.  All three of us pretended it had never happened.

But by the end of the visit, her lifetime friend was in tears.  The friend told my mother, "You're my best friend."

My mother said nothing.

So the poor friend had to revoke it.  "One of my best friends."

I wish Mother had at least said, "Thank you," but later she complained that her friend had never come to visit, that nobody ever visited.  I attribute this confusion to the illness, the morphine drip, and the strange surroundings.

Friendship is a complicated contract dependent on a web of love,  fondness, respect, need, and enjoyment.  According to Cicero's treatise, De Amicitia (On Friendship), you should choose friends who have strong character and are virtuous, not mere networking buddies.  Cicero praises friendship between noble, devoted men who see themselves when they see a real friend. (Not the way I've ever seen friends, but...)  He admits it is difficult to form a friendship that lasts till death.  People grow apart; their opinions change; they make other friends.

Cicero, the great orator, is not a very deep philosopher, but he is occasionally funny and does crack one joke.   A Roman nobleman named Laelius, who is an expert on friendship, makes what passes for a wisecrack as he recalls that his friend Scipio "used to complain that men were more diligent in all other things than in friendship; that they were able to tell the number of goats and sheep  a man had but not how many friends." 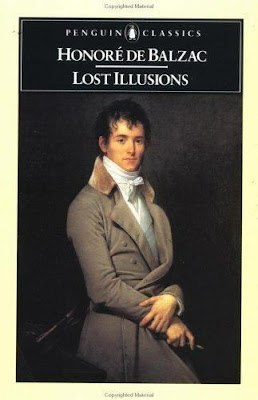 Friendship is a complicated business in Balzac's brilliant novel, Grand Illusions.  When the hero, Lucien Chardon, moves from the provinces to Paris, he gives up poetry for the excitement of bad journalism.  He reviews books he hasn't read, accepts money for rave reviews of plays, and writes anonymous political articles on demand, adopting different views for different editors.

But then he is asked to betray his friend, Daniel d'Arthez, by writing a vicious attack on his great novel.  If he doesn't, his editor threatens to ruin the career of Lucien's mistress, an actress. And so Lucien goes to Daniel d'Arthez, sobbing, and shows him what he has written.  The wonderful d'Arthez then offers to write  the article for him.

Later, d'Arthez writes a long, kind, but honest letter to Lucien's sister, who has written a worried letter about gossip she has heard.  Of the vitriolic attack on his book, d'Arthez says, "I made your brother's crime easier for him by correcting the murderous article myself, and it had my full approval."

You ask me whether Lucien has kept my esteem and friendship.  That question I find it more difficult to answer.  Your brother is well on the way to ruining himself.  At the present moment I am still very sorry, but before long I shall be glad to forget him, not because of what he has done, but what he is bound to do..  Your Lucien is very poetic, but he is not a poet..., Lucien would always sacrifice his best friend for the sake of being witty. 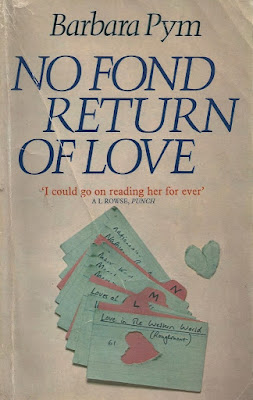 And now on to something lighter!  The friendships in Barbara Pym's novel, No Fond Return of Love, are certainly familiar to women and provide light relief.  Two indexers, Dulcie Mainwaring and Viola Dace, meet at an indexers' conference.  Both are infatuated with Professor Aylwin Forbes, their mutual crush.  (Why else go to an indexers' conference?)  Though the two women are not exactly friends, Viola ends up moving in with her and they do form a bond.  It is hilarious, one of her best.

And, let me add here, we are all grateful for our true friends.