The International Booker Prize, My Favorite Unfinished Novel, & New Books in May

The Booker Prize is exciting, and has introduced me to the work of brilliant writers, among them Anita Brookner, Stanley Middleton, Barry Unsworth, and Ruth Prawer Jhabvala.  But perhaps it has lost a tad of glamour since American novels became eligible for the prize.  No one complains, except the English writers who signed a petition against it - and their reasons are different from mine.   But I'm such an anglophile that the yearly Booker longlist is a cherished source of information about British and Commonwealth writers.

This year I'm also looking at the International Booker Prize, which isn't exactly dramatic or exciting.  But it introduces me to Worthy Books, and some of them are Brilliant as well as Worthy.

This spring  I loved The Book of Mother, by Violaine Huisman, which was longlisted for the International Booker.  It didn't make the shortlist, but my favorites seldom do. (I wrote briefly about The Book of Mother here).  My husband favored David Grossman's More Than I Love My Life, but it didn't make the list, either.  I may read a few more from the list, but it will not be Olga Tokarczuk's medieval blockbuster, The Books of Jacob (1,000 pages).

And here is The International Booker Prize shortlist:

BOOKS COMING OUT IN MAY 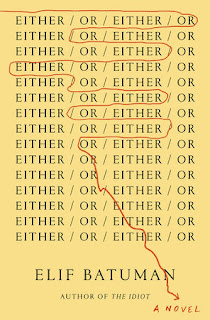 I'm not a cheerleader or a "book slut," but I am looking forward to two new books in May:  Elif Batuman's Either/Or, the sequel to her funny, smart novel, The Idiot; and James Campbell's Just Go Down to the Road: A Memoir of Trouble and Travel. (You can read an excerpt from Campbell's memoir at The Hudson Review. He  used to write the N.B. column for the TLS, signed with his initials J.C.)

WHAT IS YOUR FAVORITE UNFINISHED NOVEL? 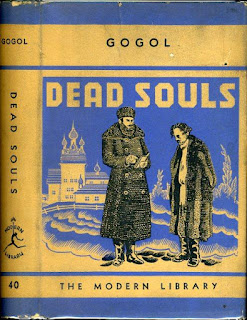 My favorite unfinished novel is Gogol's Dead Souls, which I recently reread, chortling over the anti-hero Chichikov's escapades.  Chichikov is traveling through the provinces for a  peculiar business reason:  he wants to buy "dead souls," i.e., dead male serfs, from landowners who will be taxed on the dead souls until the next census counts them as dead.  Chichikov plans to to buy them cheaply and use them as collateral for a mortgage.

This is very, very funny.  But as you can imagine, things don't go as he hoped - someone betrays him - and then he is run out of town.  But he still has hopes.  He never gives up. In the second part - the unfinished, patched-together part - Chichikov is at it again, trying to buy dead souls.  And really I like the ending, even though it is NOT the end.  This novel is so much fun!

What is your favorite unfinished novel?