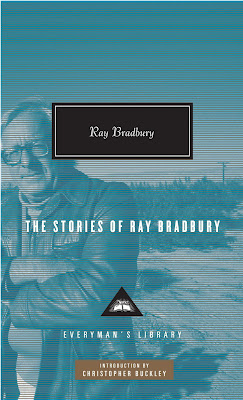 Mind you, I was not a radical. Like many women, I wanted a decent job with equal pay for equal work, and, as it said on the NARAL postcards, to Keep Abortion Safe and Legal.  To my knowledge, we never achieved equal pay for equal work- I did not- and in the last few years the erosion of abortion rights has happened dismayingly quickly in Republican states.

THE MOON WALK AND RAY BRADBURY ON MARS

I try to dream bigger these days.

I am drawn to the collective dream of space exploration - a symbol of the expanding universe, of inner and outer space. And I wistfully remember the first moon landing and the moon walk on July 20, 1969.

My mother was exasperated by the entire space program, and suggested that the money would be better used to help the poor on Earth. This remark was unanswerable. Later, I realized that that THERE WOULD BE PLENTY OF MONEY FOR ALL if we yanked dollars away from the military-industrial complex, which must have enough weapons anyway, and if not they could walk into any gun store and buy enough assault weapons to outfit an army. (I hasten to add that guns should be illegal in this violent country, and their availability is a disgrace.)

My mother's concerns about NASA accounted for the fact that we didn't watch the moon landing "live."  Naturally, I saw the footage later on the news.  And in 2019, on the 50th anniversary of the moon landing, I read a fascinating book about it, Charles Fishman's One Giant Leap. Did you know the moon has a smell? After walking on the moon, the astronauts, Neil Armstrong and and Buzz Aldrin, noticed the dust they had tracked in smelled “like wet ashes,” or like “a firecracker” that had gone off.

Science fiction writers have long written about space travel and the problems of colonization.  The award-winning Ray Bradbury, best known for The Martian Chronicles and Fahrenheit 451, often describes colonists' homesickness for Earth. In "The Luggage Store," one of the linked stories in The Martian Chronicles, the radio newscaster announces that there will be a war on Earth.  The owner of a luggage store on Mars doesn't believe it, until Father Peregrine explains that he feels this way because he isn't there and is too far away to see it or hear the explosions.  And so the store owner dusts off his stock because he anticipates a rush.  Father Peregrine asks if he thinks everyone will return to earth.

"It's a funny thing, Father, but yes, I think we'll all go back.  I know, we came here to get away from things - politics, the atom bomb, war, pressure groups, prejudice, laws - I know.  But it's still home there.  You wait and see.  When the first bomb drops on America the people up here'll start thinking.  They haven't been here long enough.  If they'd been here forty years, it'd be different, but they got relatives down there, and their hometowns.  Me, I can't believe in Earth any more, I can't imagine it much.  But I'm old.  I don't count.  I think I'll stay here."

In "The Last Night of the World" in The Stories of Ray Bradbury (Everyman's Library), all the adults on Earth have the same dream that the world will end the next  night. There is no panic, no screaming in the streets. Men at the office discuss the dream; the women discuss it with their neighbors over fences or coffee. A married couple decides to spend their last night following their usual routine. They wash the dishes, put the girls to bed, read the papers, listen to the radio, and then go to bed themselves.  The wife wonders why the world is ending at his particular moment. Her husband says it is because the conditions are so terrible all over the world that it cannot go on.

"There are bombers on their schedules both ways across the ocean tonight that will never see land."

"That's part of the reason why."

Bradbury's stories are timely because of the state of emergency on Earth (climate change, the pandemic, and wars). We hope that politicians and industrialists will make a pact, that electric cars will replace gas-fueled cars, and that power companies will go green to reduce carbon dioxide emissions. But this would be a good time to go to Mars, if NASA could get us there.