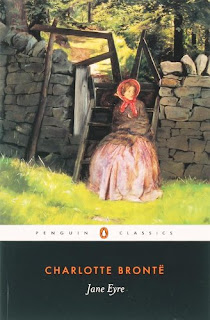 My love of Victorian literature began with Charlotte Bronte's Jane Eyre, which my mother bought for me on a "just-us-girls" trip to the bookstore.  I had never read anything like it:  it provided a transition from the whimsical children's fantasies of  E. Nesbit  to the Victorian novels that have at times dominated my adult reading.  And Jane Eyre was followed by the discovery of other masterpieces, the dazzling Villette, Wuthering Heights, and Thomas Hardy's Tess of the d'Urbervilles.

Even now, I never tire of Bronte's Gothics and Hardy's "loam-and-love-child" tragedies. The tropes are common in the 19th century but spellbinding:  the heroines learn at the altar that their fiancé has a mad wife in the attic; they are terrified when they see the ghost of a nun in a school attic (Charlotte Bronte had a thing about attics);  they abandon a soulmate for a more biddable mate; and are ruined by an unwanted pregnancy out-of-wedlock. Although these books do not center on the marriage plot, the importance of marriage is never far from our consciousness. We are ensorcelled by Jane's defiance and independence, Lucy's quiet determination, Catherine's willful, impulsive spirits, and indignant on behalf of Tess, who, in retrospect, may have inspired my abortion rights work. 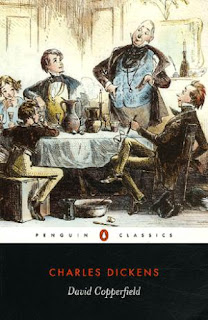 Victorian aficionados always have more reading to do.  When I briefly moved in with Dad, who worked the night shift and dated on the weekends, my Victorian lit enthusiasm increased. My unsupervised evenings were divided between baking Pillsbury cookies and reading everything I could find by Hardy and Dickens. Once an honors student, I gave up homework altogether. (One wonders if Dad even read my report card.) I was too busy with Bleak House and Jude the Obscure to complete more than one school assignment that year:  I  remember grudgingly skimming The Adventures of Huckleberry Finn for English class, and comparing it unfavorably with David Copperfield! 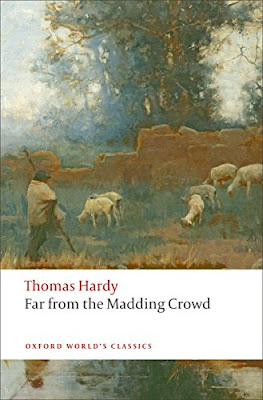 In my twenties, I fantasized about time travel to an ultra-green 19th-century England, where Nicholas Nickleby, David Copperfield, Jude Hawley, Jane Eyre, and Esther Summerson lived in imagination.  I hope to get there one day (after I get my time machine); at the moment, I am that irritating person who collects multiple copies of Victorian novels.  These are not first editions; they are reading copies with pretty covers. There are so many gorgeous covers for Hardy's Far from the Madding Crowd.  I also have a soft spot for the Heritage Book Club editions of Hardy, illustrated with woodcuts by Agnes Miller Parker.

The Folio Society editions may be collectibles for the shelf, but my original paperback copy of Jane Eyre still has a place of honor.