The Community of Electronic Frivolity 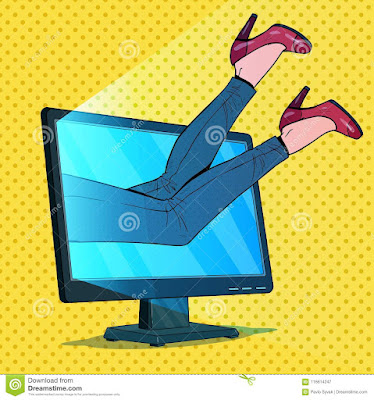 All right, you won't remember this.

It began in the days when everyone was on AOL.  We belonged to online book groups called The Book Band or Rowdy Readers, which was a bit like becoming a guitarist in a garage band.  We had finally found a community of readers, and the internet was all about community in those days, because idealists believed people could truly connect through the written word.

And connect we did briefly, though it was not "Only connect" in the sense of Howards End.  Book group friends e-mailed each other, hilariously complaining about prim clerks who refused to sell the new Maeve Binchy before the publication date; or of drunken poets who insulted the middle-aged faculty wives at a reading.  We were graphic artists in the suburbs, lawyers in small western towns where it snowed in May, retired chemists in Philadelphia, or cancer survivors in California.  Eventually we dropped out and returned to our in-person book groups, because a face-to-face meeting has advantages over a virtual meeting.

Then everybody got Wi-Fi, and internet connections got much faster.  "There's so much on the web," we said feebly. Actually we didn't find much, except access to more newspapers and blogs.  But some people were addicted to Facebook, which has recently been brought down by an employee,  I understand, though none of the people I know are/were on Facebook.  And Twitter seems too "dumb"even to consider: it is also apparently a contentious medium.

I have been reading Emily St. John Mandel's novel, Station Eleven (and this is one case where the TV series is actually better than the book).  In one chapter, the middle-aged character Clark is so annoyed that he deliberately jostles  iPhone users who block his way as he walks in Toronto.  After a meeting with a philosophical businesswoman, he has a revelation, though it doesn't seem quite plausible.

... he had been sleepwalking, Clark realized, moving half-asleep through the motions of his life for a while now, not specifically unhappy, but when had he lost found real joy in his work?  When was the last time he'd been truly moved by anything?  When had he last felt awe or inspiration?  He wished he could somehow go back and find the iPhone people whom he'd jostled on the sidewalk earlier, apologize to them -  I'm sorry, I've just realized that I'm as minimally present in this world as you are, I had no right to judge...

I don't buy it, because Clark isn't sentimental, and this is the sentimentality of a younger generation.  He is more present than the iPhone people: he looks up instead of down.  One has to draw the line and come right out and say it:   an app won't solve their problems.  Tragically, the majority of American Millennials are so dependent on smart phones that they do believe there is an app for everything.  Their eyes sparkle as they talk about the app for brushing teeth, the fitness app, the banking app, etc.

Sometimes it's good to put away the computer or the phone (a small computer) for a few hours or days. 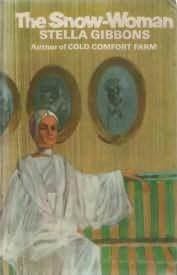