I hedonistically devoured three short novels, an annotated classic, and a memoir over Christmas vacation.

Here are brief reviews of my final five books of the year. 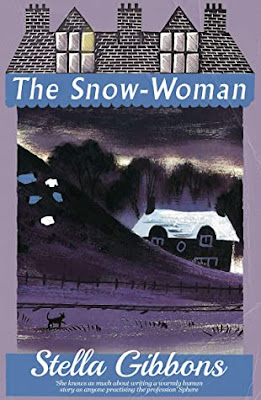 The Snow-Woman by Stella Gibbons. Years ago I chortled over Cold Comfort Farm, Gibbons' satire of "loam-and-love-child" novels, and now I take joy in her later comic novels.  I inhaled her charming 1969 novel,  The Snow-Woman.  The icily well-mannered heroine, Maude Barrington, a septuagenarian, never recovered from the deaths of her brothers in the Great War, and has clung to the culture of her youth. She hates modern art, reads mostly Victorian literature, and prefers classical music (she is a pianist) to pop.  But suddenly it is the sixties, and values are topsy-turvy: when her friend Lionel invites himself to tea, he shows up with a hugely pregnant young woman, who gives birth on the sofa.  Then, on a trip to France with Lionel, she encounters her old enemy, Frances, whom it turns out she has misunderstood and been prejudiced against.  She returns home to find that her maid Millie has invited Teddie, the woman who gave birth on the sofa, to tea.  What is happening?  A very light, fun read. 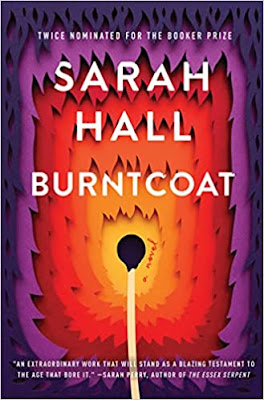 I admired and enjoyed Sarah Hall's dystopian novel, Burntcoat, the story of a dying sculptor, Edith Harkness, who survived a Covid-like pandemic only to be beaten by it 20 years later.  Trust an artist to tell a good story: "Those who tell stories survive," her mother, a writer, told her when she was a child.  Edith's pared-down narrative reflects the magnificent creativity of her art as she sculpts a haunting narrative of family, art, and love:  she lost her boyfriend, Halit, a restaurateur, to the pandemic. Beautifully-written, and unfortunately we can all relate to it. 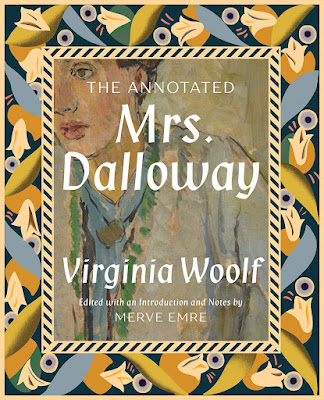 The Annotated Mrs. Dalloway, by Virginia Woolf and edited by Merve Emre.  What a treat for Virginia Woolf fans!  The book design is gorgeous, and the mesmerizing introduction interweaves Emre's personal and critical reactions to Mrs. Dalloway. The notes provide glosses on literary history, people and places, and the text is illustrated with photos of Woolf and the Bloomsbury group, a map of Mrs. Dalloway's walk, portraits of famous people, and early 20th-century photos of London landmarks. 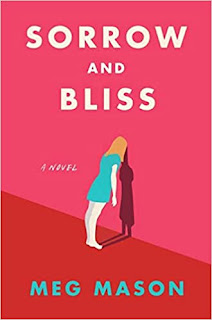 Meg Mason's Sorrow and Bliss made countless Best Books of the Year lists.  It is a brilliant comedy - says everyone except me.  Mason's prose is spare and clever but the dark musings of Martha, the mentally ill narrator who disappoints friends and who cannot even be civil to her adoring husband, ramble and often seem mundane. And when a psychiatrist makes a life-changing diagnosis, it is apparently so shameful that it cannot be revealed to the reader:  Mason leaves a blank space every time it is mentioned.  I wonder what Martha had? Overall, this is a dark rom-com, with a twist of chick lit. The moral:  the lovely Martha copes better on the new meds, but her character does not change. 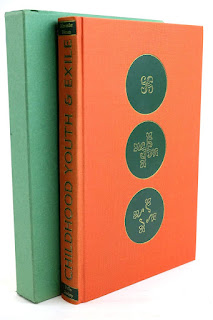 The memoirs of the 19th-century Russian socialist Alexander Herzen provide a lucid window into history, but he wrote so many volumes of his memoirs that they could be expensive to collect.   I finally tracked down a cheap old Folio Society edition of Childhood, Youth & Exile,  Volumes I and II, translated by J. D. Duff. And it reads like a brilliant novel by Leo Tolstoy, combined with the philosophical dialogue of Turgenev's characters and the grotesque absurdism of Gogol.

We are captivated by the first sentence.  "Oh, please, Nurse, tell me again how the French came to Moscow!" The subsequent story confirms Tolstoy's version of the fall of Moscow in War and Peace. Herzen's delineation of the upbringing and education that radicalized him is a superlative coming-of-age story.  He and his university friends were followers of the French social philosopher Henri de Saint-Simon,  and were arrested, basically for nothing, in 1834.  Herzen was imprisoned for nine months and then exiled fto Siberia where he worked as a government official under universally corrupt governers.  Herzen retains his cool and even his sense of humor:  he's the kind of radical we'd all like to hang out with.