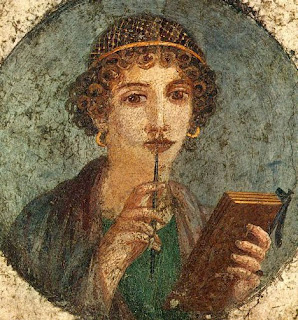 Dear Reader, we talk about book statistics on New Year's Eve.  We log our humble reading stats in a book journal.  We could, if we wanted, go deeply into "the numbers." (But we prefer words.)  How many books did we read this year?  A great many, is the answer. How many books by women did we read, how many by men? Let's not go there, because it bores us. Instead, I prefer to reflect on my experience rereading War and Peace, the great classic that captures the details of quotidan life in high society and military life in Russia during the Napoleonic wars.  (And I will never forget the 1812 fire of Moscow, when ordinary life is shattered. )  And I also enjoyed other brilliant books, some light, some serious, of varying lengths.

I plan before the New Year to write a couple of catch-up posts on  five novels and a memoir.  Wish me luck on getting them done!

The book today is Balzac's A Daughter of Eve.

As a fan of Balzac, I have read most of the Penguin and Oxford editions of his famous novels. But, alas, the majority of the approximately 95 stories and novels in La Comédie humaine (The Human Comedy) are out-of-print and have not been translated since the19th century.  Some publisher should hire a troupe of translators and get on with this project!  Oxford has published new translations of almost all of Zola.  Surely there is a similar market for Balzac.

And so, while dawdling in a bookstore, I recently picked up an old edition of Balzac's A Daughter of Eve (1838), translated by George Burnham Ives.  Let me begin by saying that the style of Ives's translation is not particularly interesting, but on the other hand it doesn't get in the way.  Like so many of Balzac's novels, this one focuses on love and money. They are, after all, the main requirements of life, though a daughter of Eve must struggle to obtain them:  one cannot help but recall anti-heroines like Cousin Bette, who falls in love with a young artist  and strives to destroy her family when she doesn't get what she wants.  I shiver to recall her destruction of her cousin Adeline, who is one of Balzac's "good" women.  (She really is good.)

A Daughter of Eve is a less complicated work.  In the first scene, we meet two married sisters, Marie-Angelique and Marie-Eugenie.  After a strict upbringing by a cold mother who played Divide-and-Conquer by separating them from their brothers and other companions, these attractive girls make their debuts, quickly make brilliant marriages, and  plunge into high society in Paris. The charming Eugenie is now the worldly Madame du Tillet, the wife of one of the wealthiest bankers in Paris - and a soulless man he is.  Angelique has married the  Comte de Vandenesse, a Pygmalion who amuses himself by educating his innocent wife in manners, fashion, dancing, even polite conversation. The Comtesse is happy to be led into society on her husband's leash, until she falls in love with Raoul Nathan, a saturnine journalist.

Raoul Nathan is bad news.  You'll know this if you've met him in Balzac's other books. (The same characters tend to appear and reappear in his novels.) Nathan  is a radical journalist and a hack playwright, who lives with Florine, an actress who  entertains all the most brilliant men at her salon and who will do anything for Nathan. As the editor of a political journal, Nathan is not adverse to accepting money from women.  He takes all from Florine, and when his new lover, Angelique, learns of his troublels, she schemes to procure money by deception.

There are romantic declarations, masked balls, desperate stratagems, political rivalry, jealousy, bankruptcy, suicide attempts,  and more.  No, it's not a great book, but it is entertaining, and if you love Balzac, you will at least want to give this a try and "like" it somewhere on the internet!

I enjoy even moderately good Balzac, and this falls into that category.  The ending was a bit of a let-down, but I devoured this book, and other Balzac fans probably will, too.

Email ThisBlogThis!Share to TwitterShare to FacebookShare to Pinterest
Labels: A Daughter of Eve, Balzac, book stats