The Eerie TV, Romulus's Ascension into the Heavens, and Where the Heck Is the Paper?

On a retreat at a hotel, I enjoyed the luxury, It was clean and devoid of personality, as such places should be. The down comforter was like a cloud and the soft pillows invited sleep.  The only housekeeping flaw was a moldy baseboard in the bathroom.  (Scrubbing Bubbles won't get rid of it, I know. Painting over it might.) I would have chatted with the maid - but not during my short retreat, which was to be part Virginia Woolf's A Room of One's Own, part Doris Lessing's The Four-Gated City, and lots of naps. 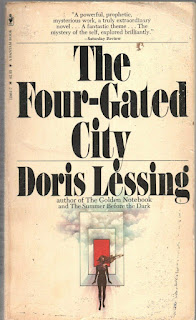 The TV greeted me eerily.  Hello, Kat, it said. I found it alarming. During other hotel stays, I have called the desk to aks how to turn off the TV, because I couldn't deal with screens. What if I was stuck watching Barney Miller for five hours because there was no off button?  My husband managed to turn it off.

Here's why we don't need TV.  During the pandemic, we have watched seven seasons of The Good Wife, five seasons of The Good Witch, a Jon Cassavetes movie with Geena Rowlands (I don't remember which one), Call Me Kat, a gory HBO mystery series with Kate Winslet, a couple of Scandinavian detective shows, and a rock documentary that confirmed Bob Dylan is the only rock star who doesn't take too many drugs.  Everybody else was incoherent.

Then I climbed into the luxurious King Size bed and spread out my books.  I am not a big fan of history - my degrees are in literature - but I brought my Livy, because I am fascinated by Roman myths of ascension into the heavens.  Some of these have political roots, especially the disappearance of Romulus. Livy relates the legend with great drama, some irony, and even dialogue. And of course he questions it. 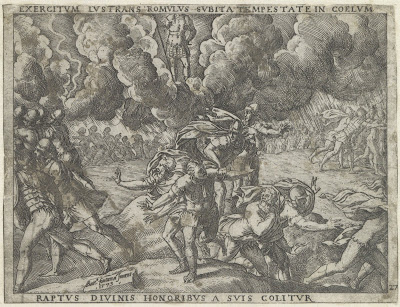 The story goes as follows:  During an assembly to review the troops, a sudden storm struck, with much clashing of thunder and flashing of lightning, and Romulus disappeared in a dark cloud.  The rumor spread that he was snatched into the heavens by the storm.  Livy is no idiot:  he has an assassination theory, which he expresses via the thoughts of silent bystanders: "I believe there were also some who silently thought the king was torn to pieces at the hands of the senators."  But then the aristocrat Iulius Proculus proclaimed that Romulus had come down to him from the sky to exhort the  Romans to carry on:   the gods wanted Rome to be the capital, and the Romans should build up the military and pass on their force to future generations. Livy is such a clever writer - he had to be subtle to survive Augustus's reign.  Augustus thought Livy too plain-spoken, and of course he banished Ovid.  Julius Casar was deified after death - and later Augustus.

I love Livy, but a little goes a long way.  I moved on to fiction:  Shena Mackay's novella, Toddler on the Run. (The "toddler" is a dwarf on the lam. I wrote briefly about it here.) Isn't there an event called Novellas in November? I decided to take a few notes, so I looked for the hotel note paper.  I checked all the drawers:  there was none.  So that was an excuse for shopping.  There must be paper somewhere.  But all I found were hardback journals, and I didn't want to pay that much, since I have many notebooks at home.  Well, was this an example of the paper shortage?  I ask you!

It was lovely to have a short retreat.  I can't quite do the Virginia Woolf/Doris Lessing thing at home, but am not sure I accomplished it at the hotel, either!