It was  my first vacation in two years, and I had my choice of rooms at the hotel (and beds). The King Size bed was swan-white with fluffy covers - it reminded me of a swan ride at a county fair.  It also made me think of the brothers from Hans Christian Andersen's fairy tale, The Wild Swans, who are transformed into swans by an evil queen /step-mother.  Perhaps after their sister knitted magical nettle shirts to change them back into men,  they shed their  feathers  on King Size beds. Of course, the twelfth brother's arm remained a wing, because she hadn't finished the sleeve of one of the nettle shirts - so maybe his feathers went into a Queen Size bed.

While I lounged in bed, I wish I could say I drank champagne, but it was actually Starbucks coffee. I sat there and read.  I hurried through Shena Mackay's ironic, surreal, horrifyingly violent novella, Toddler on the Run, and though I admired the style, disliked the book intensely.  The "toddler" is Morris, a dwarf on the lam, who is frequently mistaken for a little boy.  Men don't always like him, and one of his friends dies while trying to help Morris find a hiding place:  this friend falls off a wall onto piles of broken glass at a factory. Morris is decent enough to call an ambulance, but obviously he can't stick around. 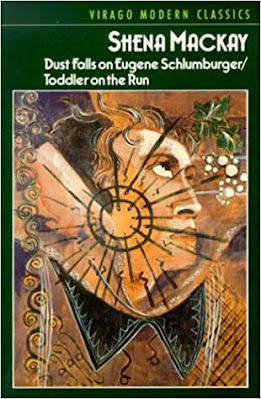 All women find Morris irresistible, despite his criminal record. He saves a schoolgirl from suicide - she overheard someone criticize her hockey skills, and hockey is her life - and then he parks her with his grandmother.  He runs away with his girlfriend, Leda, and they hide out in a shack at the beach. Alas, they quarrel over money:  Leda wants some decent food, and Morris won't part with his lolly stolen from a school swimming-pool fund. The writing is masterly:  Mackay's style is part Beryl Bainbridge, part Leonora Carrington, but the hyperbolic violence, which perhaps we are to view with irony, is overdone. This goes in the discard pile.

I read three-fourths of a clever, well-reviewed fantasy novel about - yes - magicians. Why are there so very, very, very many fantasy novels about magicians? After Gandalf, why bother? What new angle could there be?  This plot has a twist:  a magician tries to lift  a curse from a layman tortured by a group of violent stupid magicians who are mistaken in thinking he knows anything about their plot.  Stupid they may be, but they cause a lot of damage.  Eventually the author segues from  scenes of nauseating violence into gay erotica (with less than 50 shades of gray).   Sadly, I threw this in the bin, because do we need another magician book, or another Fifty Shades of Grey?  (Now the latter was the worst book ever written, I swear.)

Finally, I read a brilliant Golden Age mystery.  I adored The Fashion in Shrouds, one of Margery Allingham's best Albert Campion mysteries.  Albert Campion, an aristocrat and amateur detective,  visits his sister Val at the upscale fashion house where she is the sole designer.  She looks forward to introducing Albert to the man she loves, Alan Dale, owner of Alandel Airplanes.   Alas, the meeting goes awry when Georgia Wells, the irresistibly beautiful actress, shows up for a dress fitting and turns her charms on Alan/  But Georgia is rather a strange person:  Albert has just found the skeleton of her first husband, who has been missing for three years.  Is this the right time for Georgia, whose second husband is alive and actually with her, to pick up a new man?  Campion forms theories, and lots of dead bodies pile up, but all violence, thank God, takes place off-stage.  How I love Allingham!   Allingham is witty, writes almost as well as Dorothy Sayers, and has created a slightly less silly detective than Sayers's Lord Peter Wimsey - though in the early books, I recall, Albert Campion also plays the. fool

I long for a king-size bed, but I'm afraid we'd have to put it in the living room...  where it could double as a bookshelf. 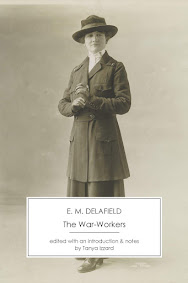