Oh, thank heavens! It's Saturday, our day to revel and relax. To me weekend reading means something published after the eighteenth century and before the twenty-first. (I haven't read a new book since September.) The following three are amusing, published in 1983, 1957, and 1899 respectively.

The Irish writer Molly Keane wrote novels under the name M. J. Farrell between 1928 and 1961. She finally achieved widespread success when she published Good Behaviour under her own name in 1981. The name and the book were lucky. 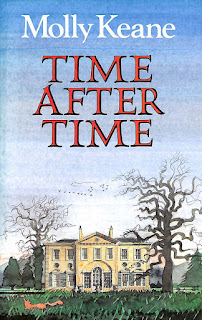 Perhaps my favorite is Time After Time, a sharp, wickedly witty novel about what happens to four elderly siblings, Jasper, April, May, and Baby June, when their vivacious German cousin Leda shows up uninvited. Everything is chaotic - the fashion-conscious April and her flower-arranging sister May vie for Leda's attention; even cynical Jasper, their brother, a brilliant cook, gets sucked in when she shares recipes. Only the horsy Baby June resists Leda's charms - but even she is a victim.  Keane's brilliant novel is reminiscent of Kingsley Amis's satires, especially Ending Up.  But she is not quite as harsh as Amis. 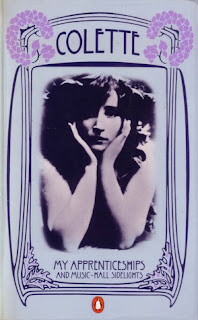 My Apprenticeships by Colette.  This fascinating autobiography concentrates on Colette's years with her first husband, Willy, the middle-aged "writer" who swept her off her feet and exploited her talent.  Although Willy didn't write, people thought he did: his ghostwriters turned out hundreds of articles and books.  Colette wrote the famous Claudine novels under his tutelage, and considered herself a worker in his "factory." She fought for the Claudine copyright later. 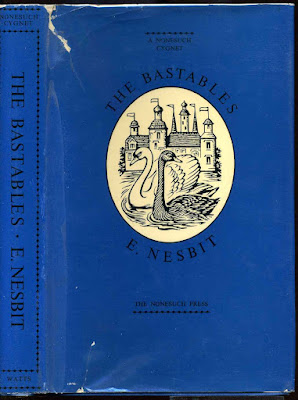 We thought for a long time whether we'd write a letter and send it by post with the poetry - and Dora thought it would be best.  But Noel said he couldn't bear not to know at once if the paper would take the poetry, so we decided to take it.

And that might be the best way to sell poetry, don't you think?