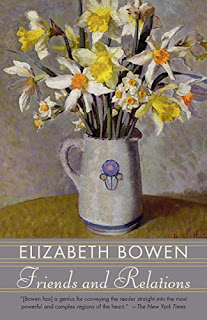 One of my favorite reads this fall is Elizabeth Bowen's Friends and Relations, a twentieth-century masterpiece, and for that reason I was reluctant to "review" it.  I felt I should reread all her books and a biography or two before I put pen to paper.  But  my job as a blogger is to appreciate or grumble without unnecessary research, thank goodness.

The book begins with a wedding, and what better way to start? Laurel Studdart, the bride, is radiant, while her younger sister, Janet, hovers on the edges of the reception. The groom, Edward Tilney, is little more than a woman's accessory, but his flamboyant mother, Lady Elfrida, complains about his choice of bride.  She prefers Janet, who is also in love with Edward, she claims.

And it seems possible:  shortly thereafter Janet gets engaged to Rodney Meggatt, the nephew and heir of Considine Meggatt, who was Lady Elfrida's correspondent in a divorce case. The news  causes an uproar.  Lady Elfrida doesn't care, but Laurel does not want Edward to be unhappy.  Edward, a spoiled child-like man consumed with hatred of Considine, condescends to allow the marriage, on the grounds that Considine is never present when they visit the Meggatts at their great house, Batts. 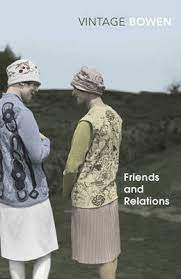 Bowen's style is subtle and her dialogue so witty and precise that she accomplishes more in 158 pages than others do in twice that.  Every brief sentence provides stunning details. Bowen's formidable portrait of the sisters, so strongly attached yet so temperamentally different, reveals the skeleton of the relationship.  Laurel is conventional, none too brainy, and absorbed in her marriage and children, while Janet is concerned with "home economics," making gooseberry fool and gardening rather than showering affection on her daughter and husband. Rodney is refreshingly balanced, but doesn't every family have a spoiled child-man like Edward, who makes silly ultimatums based on his likes and dislikes?

And then there are the "bad" friends of the family, the ones who are jealous of the sisters.  Evil fairies at the weddings?

All in 158 pitch-perfective pages, beautifully done. I admire it immensely. You will want to read it again. 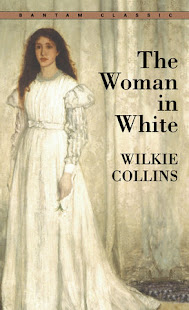