Too Much Bookish Conversation: A Rant

Is there too much bookish conversation?

Internet book sites are not the Algonquin Round Table, but I cannot keep up:  there are book reviews, online book groups, IndieNext picks, Bookstagram (I think I canceled that), author interviews, Facebook groups, newspaper comments, and entrancing newsletters from publishers (perhaps those are the best).  And so I have 150 books on my TBR, meaning I spend too much time online!

When did we become the stars of sad bookish biopics?  At old-fashioned services like CompuServe and AOL, small book groups flourished and were more focused - though groups splintered, as always happens. We did not read as many books, though we got through 50 a year.  When we finally got Wifi, the internet seemed vast and exciting, but there was also the loss of privacy on Facebook, the spread of stupidity on Twitter. 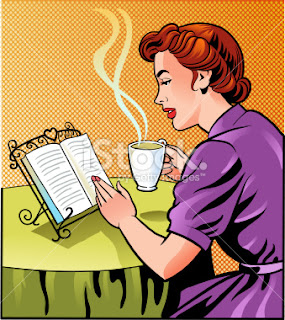 There are many intelligent reviewers at Goodreads.  They are the scourge of authors, because they are honest and say what few would dare, but some are excellent writers, in the class of professional reviewers.  Yet bookish conversations online are generally a bumpy ride. Sometimes we are startled by insights, other times we note the metamorphosis of book love into meaningless book stats and "reading slumps."

Instead of savoring books, we rush to post tiny thoughts on Twitter and social media.  People posture about knowledge of an author's canon on the basis of a single book, usually the author's shortest.  (People often dissemble about books, period.)  Perhaps my disillusionment is a symptom of pandemic stress.  During our Covid year and a half, the internet seems yet another symptom of the crisis, fueled by our boredom. The isolation wrought by the pandemic has replaced Emersonian solitude. Perhaps I should delete my TBR list, gleaned from a glut of book reviews.

Like me, you are thankful for the vaccine that allowed us this summer of relative freedom.  It was dizzyingly exciting to meet with my small in-person book group. The human race may be done for - can anyone convince the anti-vaxxers to get over themselves? - but at least we've learned how much we hate Zoom.

Let me end with a brilliant, shocking, probably offensive quotation from Carolyn See's 2006 novel, There Will Never Be Another You.  Set in a post 9/11  L.A., characters try to lead normal lives in the face of personal tragedy, corrupt politics, terrorism, and the spread of lethal viruses like SARS.  At one point, Homeland Security (or perhaps a similar group) drafts and trains several unwilling doctors, including one of the main characters, Phil, to treat and contain new deadly viruses, which must be kept secret from the public. At one point Phil sees a case of bubonic plague. 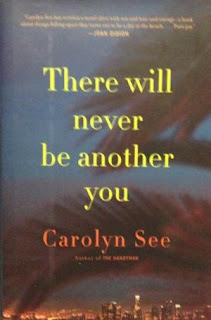 Edith,  Phil's mother, a lonely widow, rages against the machine of politics.  Her husband died the night before 9/11, and she is furious about the drama of the news coverage of 9/11 as an excuse for wars.

Here is Edith's daring women's manifesto, which would seem equally appropriate in a tragedy by Euripides or a comedy by Aristophanes.

You look at the walls and think about it.  And you turn on the television and the news is not only awful but boring, so that you want to say to those idiots, Go ahead, if you want to so much!  Bomb everyone you can find into smithereens, women and children first and put the rest in jail, and I'm talking every last one of us, so then at least we won't have to listen to your lies and  watch your dreadful smirking faces!

I recommend this brilliant book - a witty, timely, realistic novel, with a few dystopian elements and apparent prescience of the future.

This is how we live now.

Email ThisBlogThis!Share to TwitterShare to FacebookShare to Pinterest
Labels: book conversations, the internet 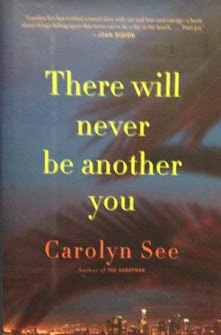