The Constant Reviewer: Margaret Drabble's "The Ice Age," Sandra Cisneros's "Martita, I remember You," and Julian Symons's "The Man Who Had Everything" 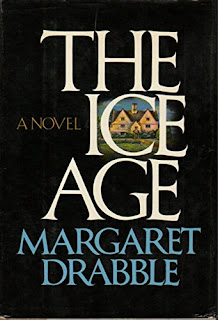 During my rounds of bookstores in the tropical jungle that is Indiana in the summertime, I discovered the books of Margaret Drabble, the intellectual, profoundly sympathetic English novelist. In her novel The Ice Age, published in 1977, she interweaves the characters' personal problems with a socioeconomic analysis of the recession in England in the '70s. At the center is Anthony Keating, a BBC-producer-turned-real-estate mogul, who has lost a fortune, suffered a heart attack, and lost his nerve when one of his partners was sentenced to prison. His body has rebelled:  he is not suited to high-stakes property gambles. His fiancee, Alison, a former actress, is a complementary opposite, saintly by comparison.  She left her profession to devote herself to her youngest daughter, Molly, who has multiple sclerosis and a low IQ.  Then she is called to Wallacia, a middle-eastern country, to save her sulky teenage daughter, Jane, from a prison sentence:  she has killed two men in a car accident. Fear, anxiety, heavy drinking, skulking politics, rocky parent-child relationships, IRA terrorism, the construction of  windowless high-rises, and class anxiety shape the mood and drive the narrative.  If you like light novels, try the early Drabble of the '60s, but if you prefer heavy I recommend her '70s and '80s books. Her later novels are a mix, but I have my favorites.  Later I will make more recommendations. 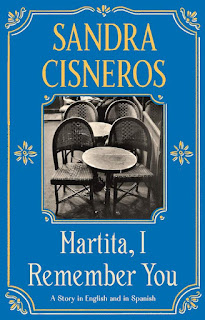 Sandra Cisneros, one of my favorite Latinx writers, has published a new novella, Martita, I Remember You/Martita, te recuerdo.  This slim book about female friendship contains Cisneros' novella in the original English and a Spanish translation by Liliana Valenzuela.  The narrator, Corina, who works for the gas company in Chicago and is raising daughters, is not living the life she'd planned.  And when she finds an old cache of letters from her friend Martita from Chile and her Italian friend Paola, they bring back memories of their days in Paris as starving would-be artists and writers, hopeful students, and roommates. Did their dreams die?  The women may simply have metamorphosed into adults.  My only complaint?  The book is too short. 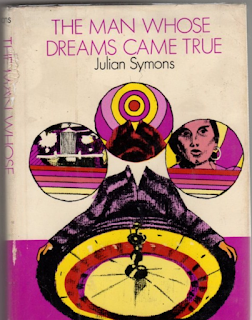 Julian Symons's tense crime novel, The Man Whose Dreams Came True,  is diverting in an agonizing way.  Tony Jones, who prefers the sobriquet Anthony Scott-Williams, is a petty con man fired from a secretarial job for stealing petty cash. Out of the frying pan into the fire, he is lured by sexy Jenny to work as a secretary to her husband, Mr. Foster. Although Tony occasionally does some work, he spends much of his time in bed with Jenny  And then Jenny hatches the con to end all cons -  but who gets conned?  Symons is a meticulous writer and a brilliant plotter of flinty crime novels.