The Meaning of Summer: Kat on a Hot Tin Roof 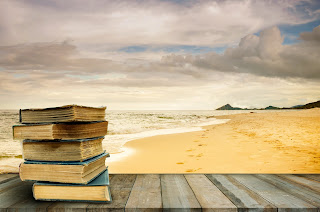 Summer is our favorite season, but this year it is out-of-control.  Our tomatoes have not ripened, nor has the zucchini proliferated, and the lusty zucchini usually spreads and usurps the whole yard. In addition to drought, the smoke from the Northwest wafted over the Midwest for a few days. I turned around on a walk because I was inhaling more smoke than I ever did from cigarettes in smoky bars in the 1980s.

And yet I stubbornly love summer, and am contemplating its significance, both on a personal and literary level.

First of all, there are the books, plays, and short stories:   Cat on a Hot Tin Roof (Tennessee Williams), "The Girls in Their Summer Dresses" (Irwin Shaw), Summer (Ali Smith), Summer of '69 (Elin Hildebrand), Arctic Summer (Damon Galgut), Prodigal Summer (Barbara Kingsolver), The Summer Before the Dark (Doris Lessing),  The Solitary Summer (Elizabeth von Arnim), After Many a Summer Dies the Swan (Aldous Huxley), The Door into Summer (Robert A. Heinlein), and Summer (Edith Wharton). Clearly summer fascinates writers. 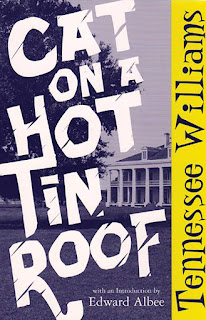 Then there are my personal memories.  There was the summer of Trollope's Palliser series, which I read while (help!) sunbathing on something called "a space blanket." Even the fascination of the characters Phineas Finn, Lady Glencora, Madame Max Goelser, Alice Vavasor, and the Duke of Omnium couldn't compensate for the atrocious sunburn, which, in those days, I treated with vinegar, a remedy that helped but perhaps wasn't scientific.

There was the summer of the endless bike ride. We lugged sleeping bags, a primus stove, tent, and various camping paraphernalia on our bikes.  I assumed I'd read at night, so I brought along a paperback of William Trevor's short stories.  Alas!  after a long day of pedaling I retired to the tent at 6 p.m. A couple of weeks not reading.  That was a record!

There was the relaxing beach summer when we stayed indoors in the cabin to reread Doris Lessing's Martha Quest books and  Susan Richards Shreve's entertaining family saga, Daughters of the New World.  We did go on some outings: we drove through Virginia and stopped in a spooky small town where we ate good fried chicken but feared the strange silence of the other patrons (who looked a little inbred), browsed at a discount bookstore outlet in Maryland, and saw the Mason-Dixon line (it was in a cemetery; my husband had read Thomas Pynchon's book).

I love the languid days of summer, but many have been scorching.  And so the joy of summer is tempered with misgivings about the future.

I hope that you have escaped the adverse effects of climate change and are loving this carefree season - at least it is more carefree than last summer for some of us.

Email ThisBlogThis!Share to TwitterShare to FacebookShare to Pinterest
Labels: summer