Spinsters in Literature - or Do I Mean Single Women? 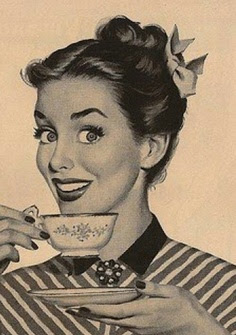 The word spinster is funny and subversive. I use it flippantly, and hope it causes no offense. The word evokes the image of a  professorial woman wearing spectacles on a chain and sipping a stinky tea brewed from herbs grown in her weedy back yard.  Who knows what tisane she sips?

All spinsters are by definition single women, but are all single women spinsters?  The definition in my old Webster's dictionary is:  1.  a woman still unmarried beyond the usual age of marrying.  2.  Chiefly Law. A woman who has never married.  3. a woman whose occupation is spinning.

I know many women who are delighted to be called spinsters, but none whose occupation is spinning.  And yet I have gone ahead and compiled a list of 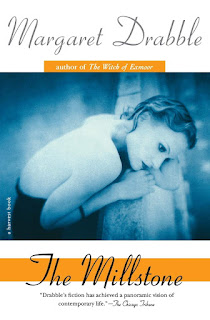 1.  Rosamund in Margaret Drabble's The Millstone. Brainy Rosamund theoretically approves of the sexual revolution, but hasn’t yet experienced it personally. When she takes a break from her research to lose her virginity, she has the bad luck to get pregnant. But is it bad luck?  She becomes a single mother and continues to work on her dissertation. 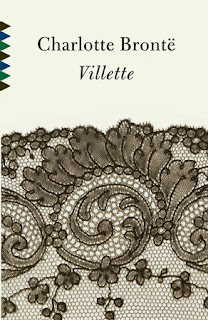 2.  Lucy Snowe in Villette by Charlotte Bronte. With no job prospects in England, Lucy bravely travels to Villette (i.e., Bruges) and serendipitously finds a job teaching English at a girls' school. Teaching is not her vocation, but how else can a Victorian woman make a living?  This book is about making do:  not every girl gets the guy she wants; Lucy falls in love with Dr. Graham, her godmother's son, but he falls for much prettier women.  She doesn't get what she wants, but perhaps she gets something better.  The ending is ambiguous. 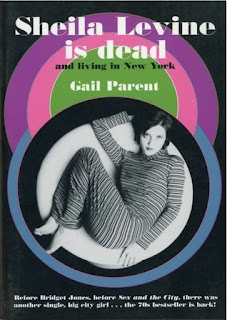 3.  Sheila Levine in Sheila Levine Is Dead and Living in New York by Gail Parent. Written in the form of a suicide note, this 1972 novel reads like stand-up comedy. Sheila is unabashedly unpolitically correct and has problems with “women’s lib.” Unlike the beautiful heroines of ’70s feminist best-sellers like Erica Jong’s Fear of Flying and Alix Kates Shulman’s Memoirs of an Ex-Prom Queen,  Sheila Levine is an overweight sexy girl who doesn’t attract the men she is attracted to.  She doesn’t mind being an easy lay:  she enjoys sex.  But we do feel her pain and grief as the book goes on. 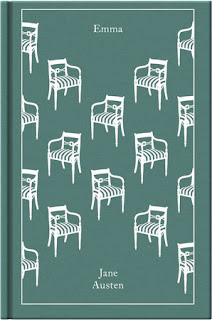 4.  Miss Bates in Emma by Jane Austen.  Miss Bates babbles a mile a minute and lives in genteel poverty.  When Emma cruelly mocks Miss Bates, Knightley explains that it is her duty to be courteous.  The well-born Miss Bates would have been her equal but for the loss of the family fortune. Poor Miss Bates!  As the years go by, I have more and more sympathy for her. 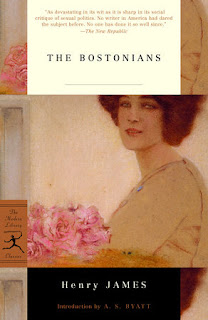 5.  Olive Chancellor in The Bostonians by Henry James.  Olive, a fanatical suffragist, woos (without knowing she woos) a beautiful young orator, Verena Varrant.   Soon the two women are living together,  and Olive coaches Verena to become a celebrity feminist speaker. Does, Olive, a repressed lesbian, know she is in love with Verena?  She certainly battles Basil Ransom, Verena's suitor, for Verena's soul - and presumably her body. Basil has many faults, too, though we tend to be pro-Basil.  This reads like a prison break, but James makes it clear that Verena may be exchanging one prison for another. 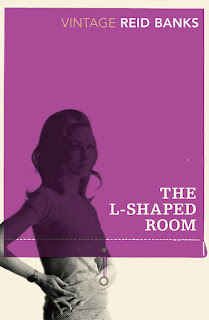 6.  The L-Shaped Room by Lynne Reid Banks. Pragmatic Jane Graham is respected at her public relations job. A sexual slip-up--an unplanned pregnancy--forces her to examine her life. In a bug-infested L-shaped room, she befriends some unconventional Londoners and makes peace with her disapproving father. (Two sequels published in the ‘70s, The Backward Shadow and Two is Lonely, relate Jane’s further adventures.) 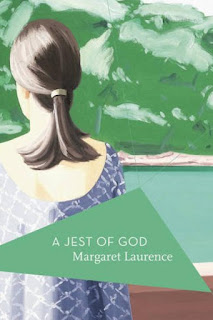 7.  A Jest of God by Margaret Laurence. Time is passing for 34-year-old Rachel, whose invalid mother dominates her. During a brief, not particularly happy, love affair, she discovers the importance of taking risks. 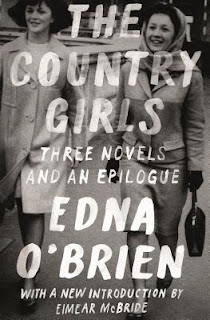 8.  The Country Girls trilogy by Edna O’Brien. The first two novels iare a lyrical coming-of-age story. Caithleen and Baba, two bickering, mischievous friends, contrive their own expulsion from a convent school and move to Dublin to pursue fun and love.  But they are not destined to be spinsters, of course. 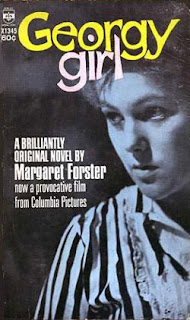 9.  Georgy Girl by Margaret Forster.  I saw the charming movie, with Vanessa Redford as Georgy, on TV years ago and then read the book. It isn't fresh in my mind, so here is the Goodreads blurb:  Georgy is young, gregarious and fun - she is also large, self-confessedly ugly and desperate for love. Georgy bears her fate bravely as she alternates between playing the fool and humbling herself before Meredith, her pretty, callous flatmate, although when James, middle-aged socialite and self-imposed 'Uncle', asks Georgy to become his mistress, she is tempted to accept. 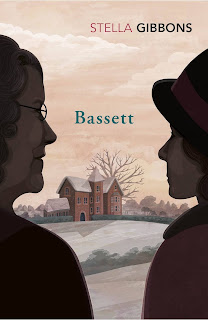 10.  Bassett by Stella Gibbons.  In this delightful novel, two middle-aged women go into business together. Miss Hilda Baker, a Londoner who works in a pattern-cutting office, wants to invest her savings of 300 pounds.  She sees an ad in Town and Country that might offer what she wants:  Miss Padsoe, a spinster in a country town, needs a partner in the conversion of her house into a rooming house. Miss Baker cautiously visits Miss Padsoe, but doesn't decide to invest until her boss fires her (he is downsizing).  And thus the adventures of Miss Baker and Miss Padsoe begin.

Who are your favorite spinsters in literature?  There must be thousands, but I had trouble thinking of ten!

Email ThisBlogThis!Share to TwitterShare to FacebookShare to Pinterest
Labels: spinsters in literature