Elizabeth Enright's "The Riddle of the Fly and Other Stories"

If you were properly brought up in the twentieth century, you probably read The Saturdays (1941), the first in Elizabeth Enright's charming Melendy quartet.  Upon rereading it last year, I admired it as a children's classic. And then I was delighted to learn she also wrote short stories and autobiographical essays for adults. 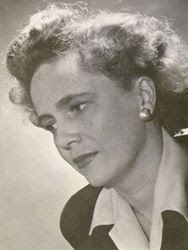 Enright is the subject of my second piece on neglected American women writers: her children's books are seemingly immortal, but her four adult books are long out-of-print. I recently tracked down a copy of her third collection of short stories, The Riddle of the Fly and Other Stories (1955). Don't expect a cozy read:  these stories are the flip side of The Saturdays.  There are (at least) two revenge seductions, two triumphant thieves, strife between summer people and townies, and a humorously morbid dolls' funeral.

Enright is a surprisingly sophisticated writer, portraying a rule-breaking American society reminiscent of that of John Updike and Paula Fox. Characters are petty, they are selfish, they commit adultery, there is even a murder.   But Enright's voice is  wry and witty, her style spare and graceful. She piles up details that reconstructed my hazy ideas of 1950s culture. 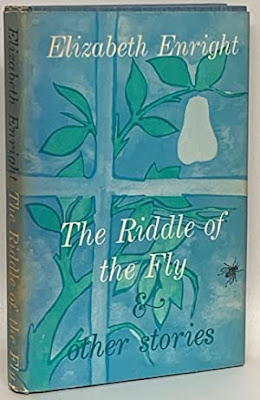 One of her favorite themes is the impact of summer people on New England townies. In "The Morning of Diane," the hero, Brody, a lifeguard at a beach club for 37 years, overhears a scornful young woman say, "I think they just store him away with the ropes and barrels and beach rakes until the month of June.  Good God, I mean he was here when Daddy was a kid!" But Brody does not mind: he neither likes nor dislikes the summer people.   His real relationship is with the beach.

The beach changed its contours, altered its dunes, sometimes several times during a season, but essentially it remained the same thing, and the ocean for all its variety remained the same.  People do not differ very much from one generation to another, either, though habits and manners change.  Brody sometimes thought about it.  When he had first come, for instance, the beach had been a far dressier place than now.  He himself had worn a bathing suit with knee-length trousers and a tunic that covered his collarbone and had little sleeves.  And the young girls who twittered and squealed with identical  obedience in every generation had worn stockings and suits with skirts...

Many of the stories are gems.  In the title story, the narrator concocts three versions of how an untranslatable Latin inscription was scratched onto a window in her son's room.  In "To the Victor," the college-educated town seamstress revenges herself on the summer people by plundering their gardens after Labor Day.  In "Once in a Summer," a young woman is shattered when she catches her husband necking with another woman.

There are a few duds:  I absolutely forbid you to read the opening story first, "The House by the River."   How that got place of honor is a mystery to me.  But I do think the best of these stories are well-worth reading and reviving.  I only wish these books were not so absurdly overpriced.  Maybe I'll get one for Christmas?

Enright was born in 1907 in Oak Park, Illinois, but  lived most of her life in or near New York City.  She began her career as an  illustrator and then became a writer of children's books. She won the Newbery Award in 1939.  Her adult short stories and essays were  published in The New Yorker, The Ladies Home Journal, Cosmopolitan, The Yale Review, Harper’s, and The Saturday Evening Post.   You can read my post about my reading her stories at the New Yorker website here.

Email ThisBlogThis!Share to TwitterShare to FacebookShare to Pinterest
Labels: Elizabeth Enright, The Riddle of the Fly and Other Stories